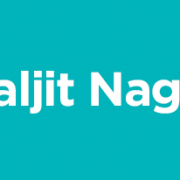 On Friday 15th July, the esteemed British poet Daljit Nagra came with the National Society of Literature to lead a poetry workshop with Year 10 students.

Daljit Nagra’s parents came to Britain from the Punjab, India, in the late 1950s. Nagra comes from a Sikh background and was born and grew up in West London then Sheffield. He spoke to students about his heritage and their own and the important contributions of African, Caribbean and Indian soldiers (like his own grandfather) to the British war effort and the important role of the Windrush generation in improving the UK’s infrastructure like the underground.

He spoke about how his own identity inspires his poetry. After reading aloud ‘Singh Song!’, his poem that we study at GCSE, and an extract from his version of the famous Indian epic ‘The Ramayana’, he talked about how he uses Indian dialect and non-standard grammar to make his poetry relatable and accessible and to send a reminder that literature is for everyone to write, read and enjoy.

The students spent some time writing verses that used their own slang and the dialects from their heritage which they were able to read aloud.

We are so grateful to Mr Nagra for sharing his time, and his inspiring work and words with us!