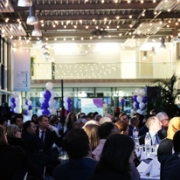 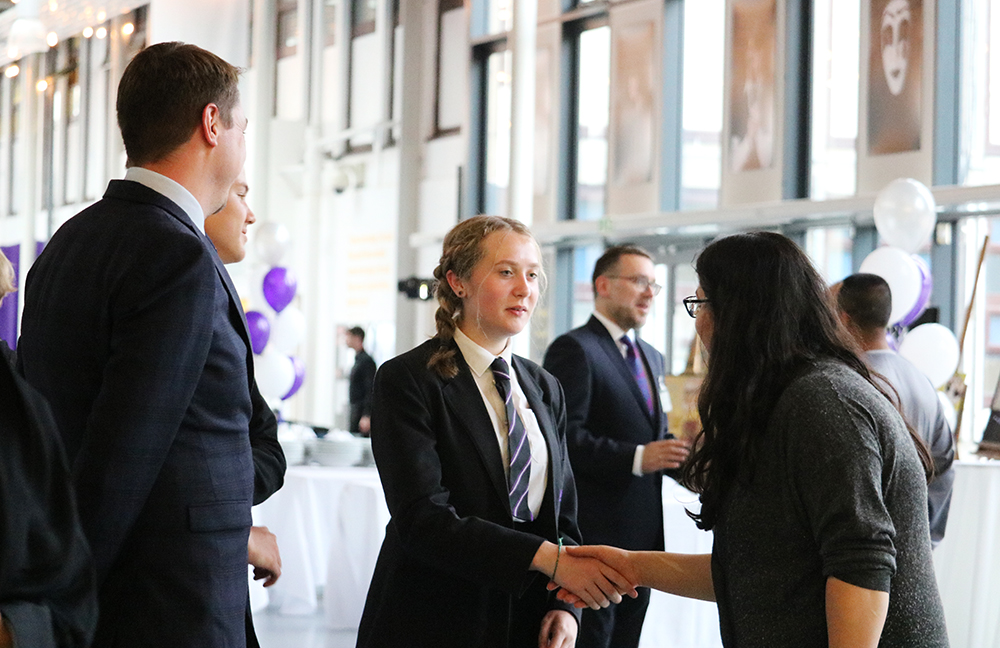 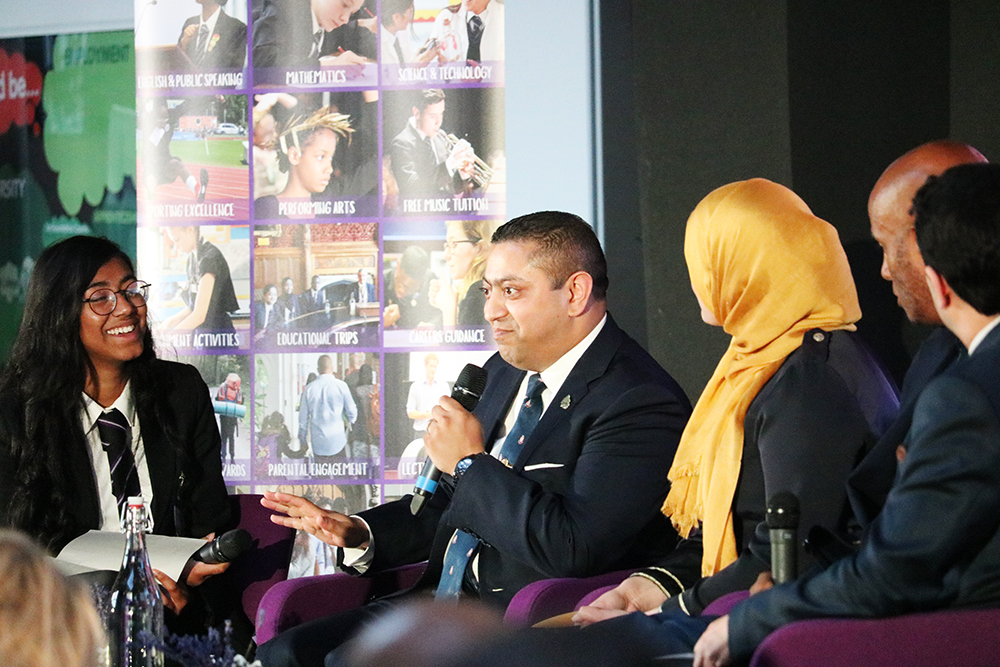 On Monday 20th May, Mulberry Academy Shoreditch were honoured to host the prominent Prince’s Trust Annual Mosaic Iftar 2019 at the school.  Iftar is one of the religious observances of Ramadan and is often done as a community, with Muslim people gathering to break their fast together. The Street and the Library were appropriately transformed into a magical space fit for any special celebratory occasion.  Mosaic was founded by HRH the Prince of Wales to connect young people from deprived Muslim communities to relatable role models to help increase their confidence and improve their chances of fulfilling their potential.  The event brought together influential leaders from diverse backgrounds including senior government officials, philanthropists, successful business owners and charity bosses to celebrate the achievements of Mosaic, its ambassadors and the positive impact the programme has on students’ lives.  Students and staff from the school were also present.

Mrs Holden, Executive Principal, officially opened the evening and a particularly lovely moment of the night was the meeting between Mr Ali, a teacher at the school for nearly 30 years and Sheikh Aliur Rahman, Chief Executive of the London Tea Exchange in Brick Lane.  Sheikh Aluir is one of the school’s alumnae and it was the first time he had returned to the school since leaving many years ago.  He had no idea Mr Ali was going to be present and was clearly moved by this very special encounter.

John Booth, Chairman of the Prince’s Trust paid tribute to the many ambassadors and supporters of the charity, as well as mentioning how important the Mosaic programme is to HRH the Prince of Wales.  Students Fares (Year 9), Mohammod and Freddie (Year 10) were great ambassadors for the school as they took to the stage and wowed the audience with a short presentation that eloquently communicated the transformational effects of Mosaic on their everyday lives – and their futures.  Some of the UK’s key influencers joined the ‘To See Is To Believe’ interview panel led by students Ranya (Year 10) and Afis (Year 12).  The panel included Asad Ahmad, BBC London News Presenter and Mosaic Ambassador, Sheikh Aliur Rahman, Dr Rimla Akthar MBE, FA Council Member and Dawood Gustave, CEO and Imagination Officer at Reluctantly Brave.  Mr Ahmad noted that the two students definitely had a career in TV due to their confidence and expert interview techniques!

Our CEO, Dr Ogden, spoke passionately about the changing needs of young people in our communities and the work of the Mulberry Schools Trust that ensures all students receive the high-quality education they deserve.  Shabir Randeree CBE, Chair of Mosaic and Trustee of The Prince’s Trust gave a summary of Mosaic’s ongoing work and future ambitions.  The evening ended with Imam Mohammed Mahmoud OBE from the East London Mosque leading the call to prayer ahead of the meal.

A great time was had by all. 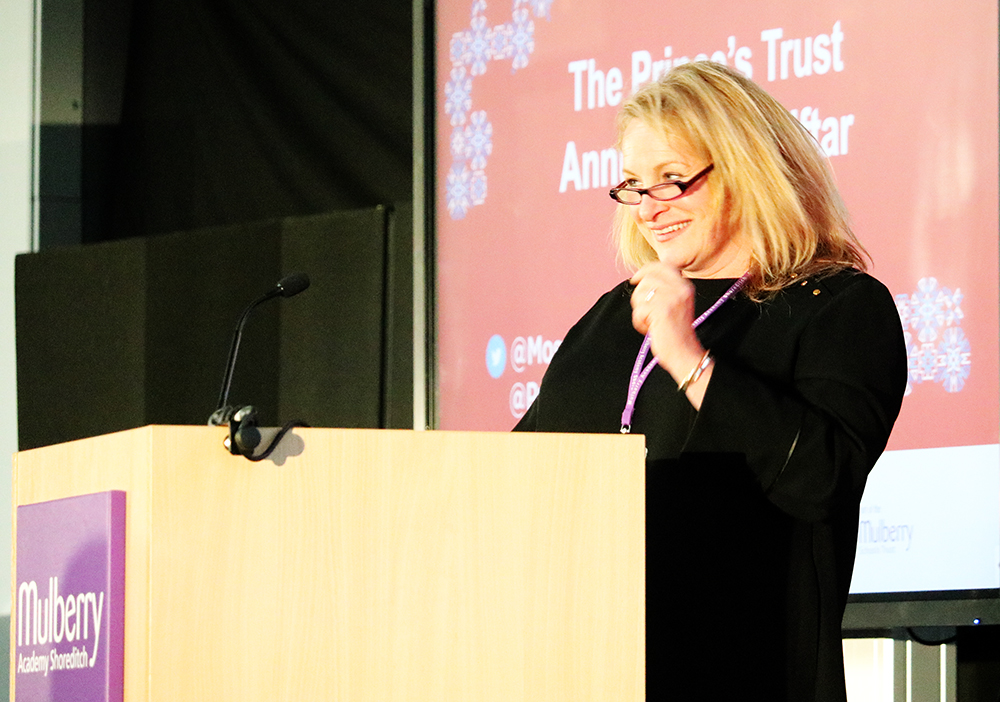 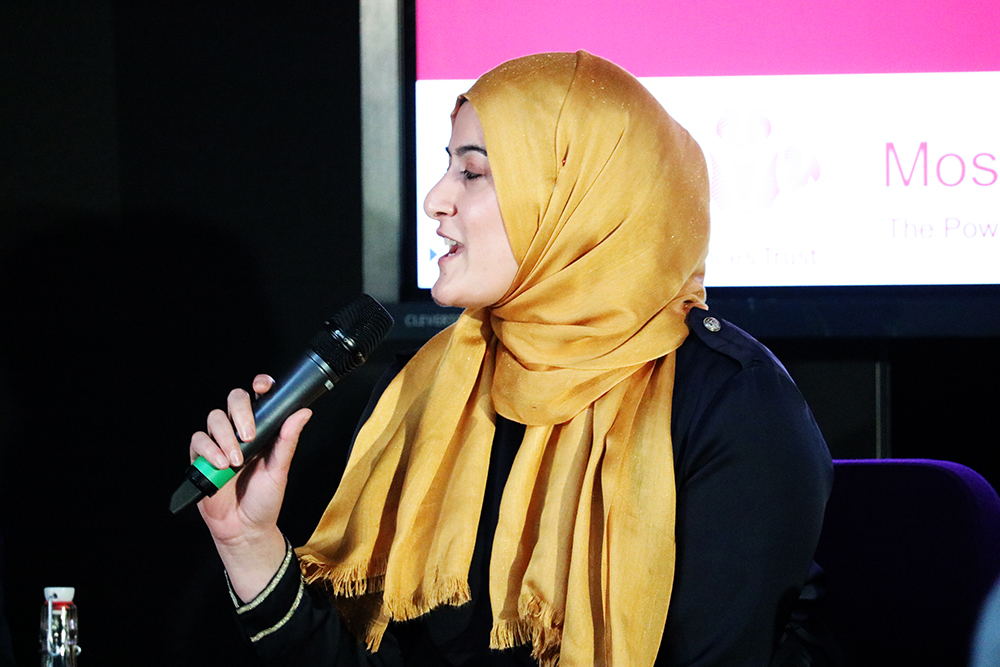