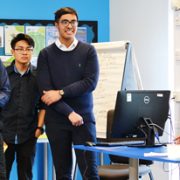 On Wednesday 14th March, MAS Sixth Form students embarked on a trip to meet Atkins Engineering at JP Morgan’s offices in the City.  The trip was part of a series of workshops involving a number of schools organised by the Good Jobs Campaign, which aims to help students obtain experience in the engineering sector.

Their brief was to propose a new train station or airport for London and the group decided on a new station in Stratford that would link with Birmingham. Their idea was based on the fact that travelling to Stratford was easier than to Euston or Marylebone rather than London’s other links to Birmingham.  The students rehearsed their presentation en route and on arrival they were feeling a little nervous.  Sir George Monoux College presented first and they set a high standard.  The judges, who were all senior employees of Atkins Engineering Group and JP Morgan, were very robust with their questioning and they scrutinised the finer details of each presentation thoroughly. They were particularly focused on the costing of the projects.

During the break the MAS team felt confident they had every possible question covered and had a firm grasp of the numbers. However, as the team entered the room for the second half of the workshop Ethan realised that part of his script was missing. The team decided to think on their feet and not let the distraction upset their flow.  The presentation went off without a hitch and Ethan presented well unscripted.  The Judges told the students they seemed like they had presented before and complemented the students for giving excellent answers to the questions.

In the end Mulberry School for Girls were the overall winners, they received good feedback on how professional their presentation looked.

All students received certificates and were offered places to carry out work experience. 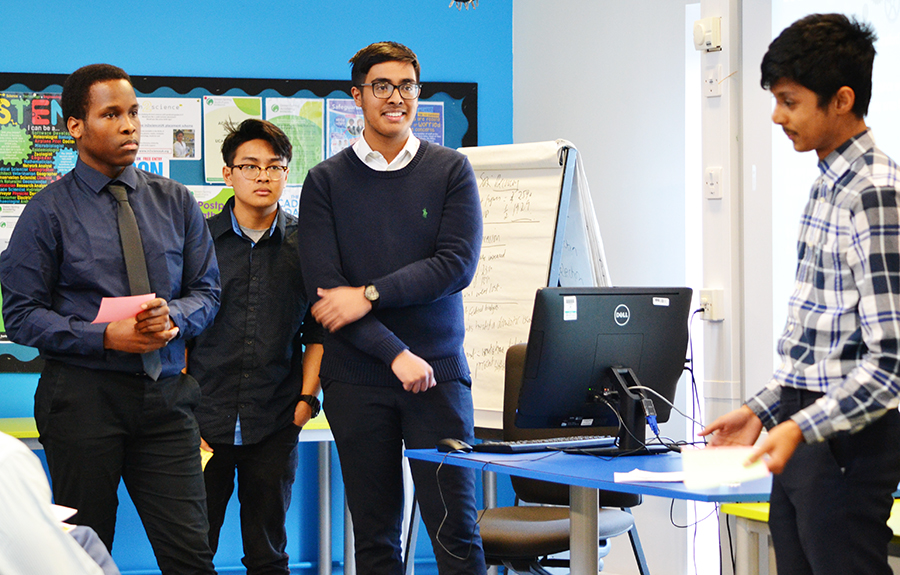