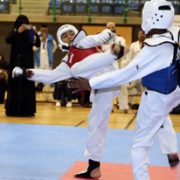 On Saturday 24th March 2018, Mulberry Academy Shoreditch once again had the honour of hosting the MAS Taekwondo Championships in partnership with Hadri Taekwondo Academy (HTA).  The annual event aims to promote Taekwondo, sports and healthy living within the local community. HTA have been teaching classes at the academy for over five years and had put together a strong team to represent the school.

Clubs and schools throughout London are invited to participate to have an amazing day of sport sparring (Kyrugi in Korean) and technical forms (Poomsae) during the competition. It’s always an exciting day full of action and family fun.

First up were 4 and 5 year old Umar and Leo. It was their first competition and what a performance they put on. The crowds cheered every kick and the day started on a high. The home crowd cheered as our very own MAS 7-9 year olds students entered the ring.  The team was even stronger this year and put on some great matches. MAS team managed to secure 6 out of the available 8 Gold medals in the category.

The Junior and Senior matches are eagerly anticipated and students are more skilful.  The MAS team was represented by Christopher Comiskey-Erazo who is also a Sixth Form student at MAS. Chris was defending his Gold from last year and was in a confident mood. Chris always starts cautiously and then explodes into action at the right moment. This time he waited till the 2nd round and began to throw a flurry of kicks and scoring comfortably, he continued to pressure his opponent until he was well in the lead and won the final with ease. A well-deserved Gold for Chris.

MAS Taekwondo Team was awarded with 1st Place and the team was led Master Esrar of Hadri Taekwondo Academy.

HTA would like to thank all the staff at MAS, particularly Akikur and Gloria who helped to make this a fantastic event.

We look forward to next year. 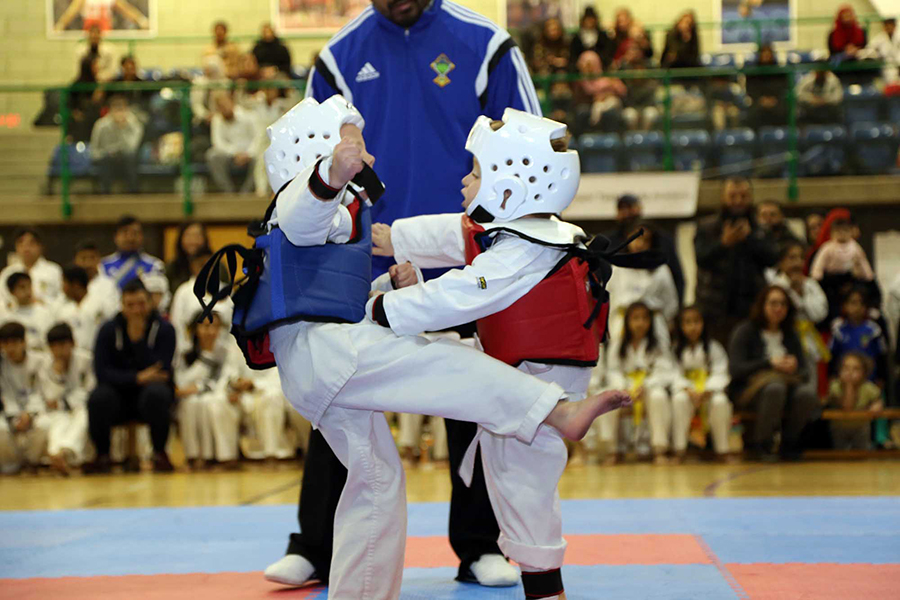 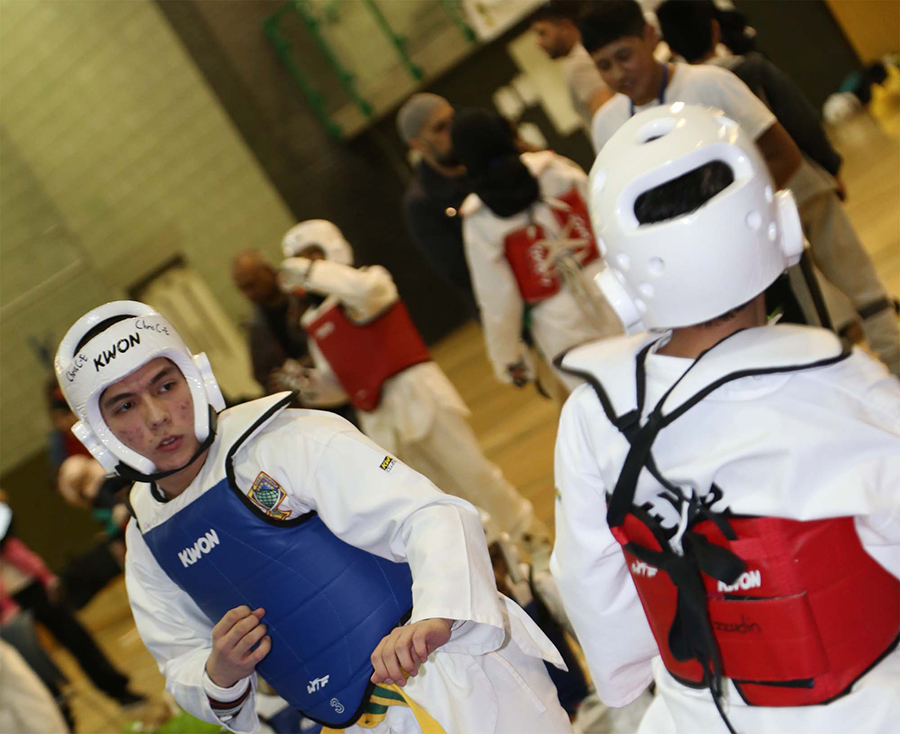