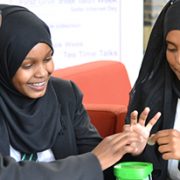 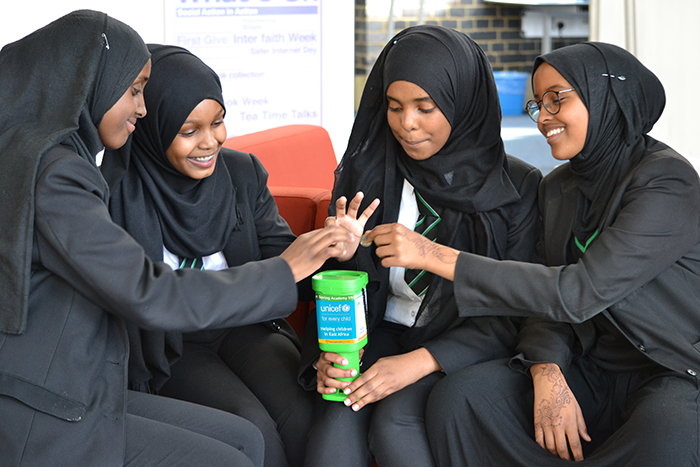 Four Year 9 students came up with a novel fundraising idea for East Africa after they saw an artist on Instagram raise over £3 million for a similar campaign.  Moved by the plight of millions of vulnerable children and their families affected by the famine crisis, the students came up with the first MAS ‘Trainer Day’, which took place on Thursday 30th March 2017.  The event was in aid of UNICEF who already work for children in East Africa every day.

The students thought about having a trainer day after consulting with their peers and receiving feedback on the best ideas to raise the most money. The campaign involved students donating £1 for wearing trainers with their full school uniform, with staff in hot pursuit donating £2 towards this worthwhile cause.  The students also decided to take the campaign a step further.  They baked over 100 cakes amongst themselves and ran a cake stall during break and lunch time. All the cakes sold out in record time.

The whole event raised over £600 which is a fantastic achievement.  Well done team MAS!

Layla Sabriye said: “We decided to fundraise for East Africa at school. We felt we had the resources to help other countries that are suffering”.

Hibak Ahmed said: “This cause affects me because my family is from East Africa. I feel it is my duty to help and be proactive”.